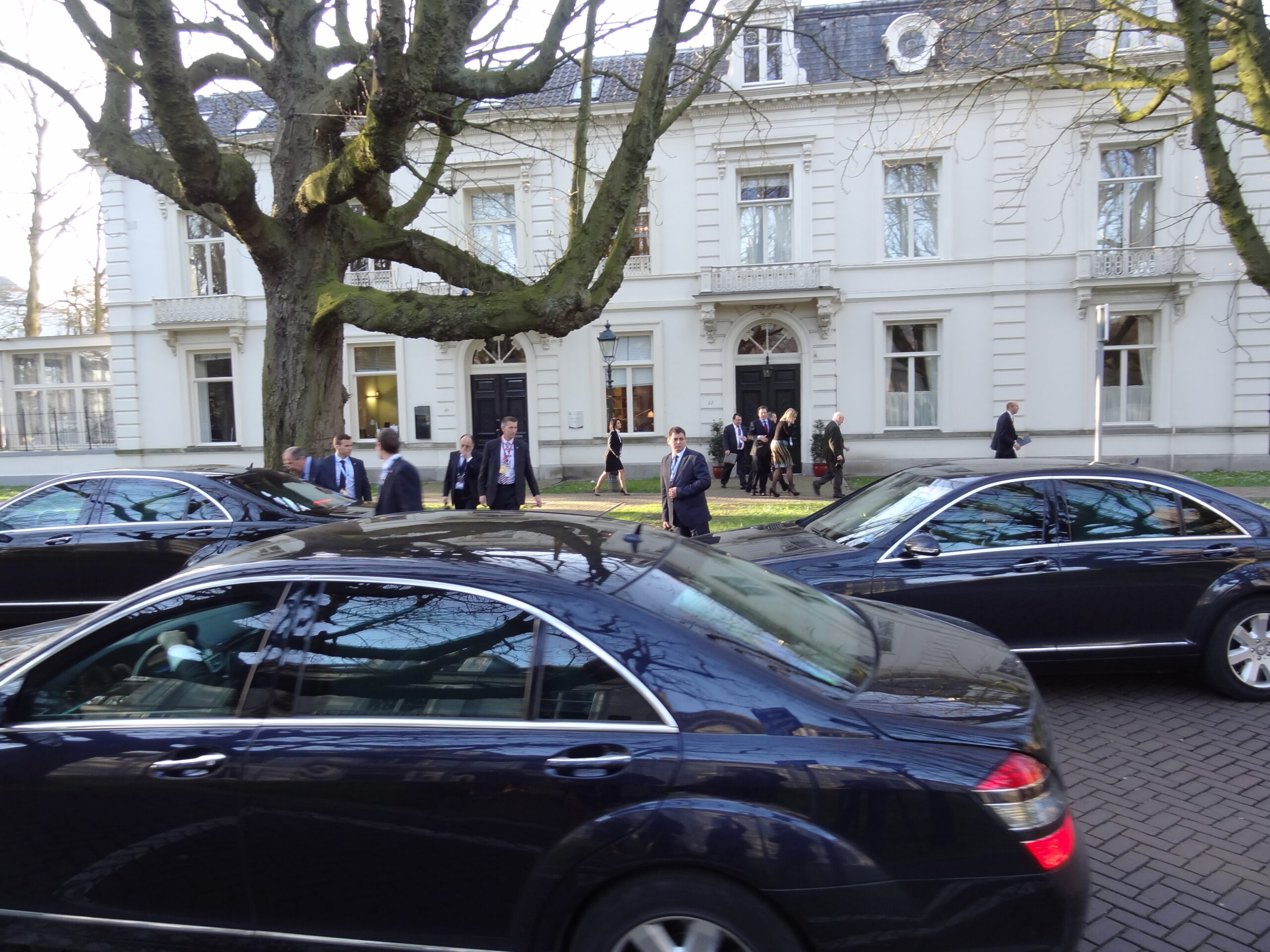 This is where history could’ve been made

Less than two weeks ago Secretary of State John Kerry met Russian Foreign Minister Sergei Lavrov to talk about the Ukraine crisis. At that time, Crimea still belonged to Ukraine and Kerry tried to prevent an annexation (yes, he failed). Somehow I’m always interested in where such (potentially historic) meetings take place. I knew they met in London and discovered this great photograph on Twitter. It’s a beautiful location for such an important meeting and even more so when you realise this building is located within the city limits of London. Quickly I learned the location they used is Winfield House, the official residence of the US ambassador to the United Kingdom.

This week I got the chance to visit the Dutch version of Winfield House. Or, to be more precise, be at the location used by Secretary John Kerry and Minister Sergei Lavrov of Russia for their next round of talks. They used a (much smaller) mansion in The Hague and I was just a few blocks away. Finally I get the opportunity to see where a historic meeting like this takes place!

Below are some of my photos. 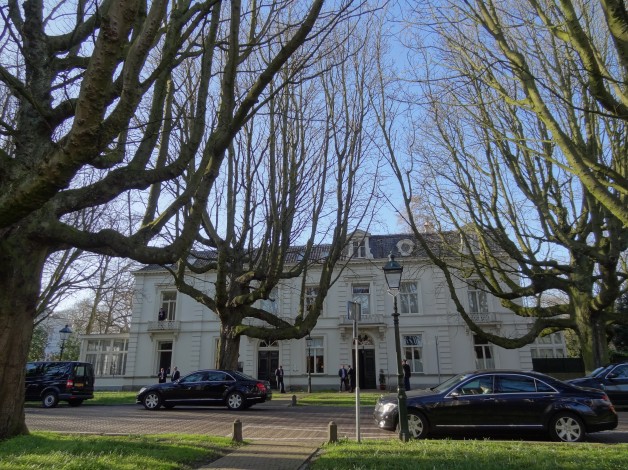 Surprisingly, security wasn’t that tight. Sidewalks on both (!) sides of the street could still be used. There are no roadblocks, no barricades and almost no police. 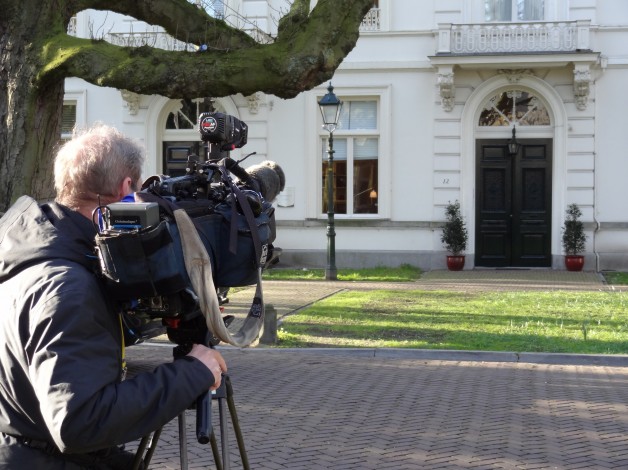 This cameraman is employed by news agency Reuters. All he needed was a shot of Foreign Minister Lavrov exiting the building and entering the car, which is what he told me. He waited for hours…

Finally Lavrov exits the building, which enabled the Reuters-guy to make his much-desired shot (and I snapped this photo). 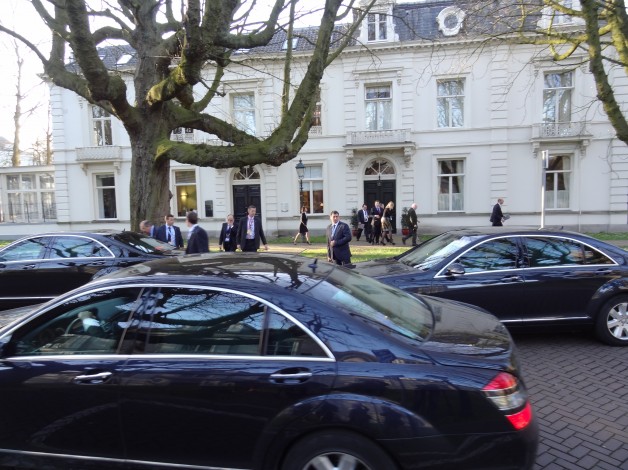 Suddenly the street is crowded with cars and security guys. It took Lavrov seconds to enter his car and leave.

As it turns out, these talks were unsuccessful as well. I guess this isn’t such an historic meeting after all…