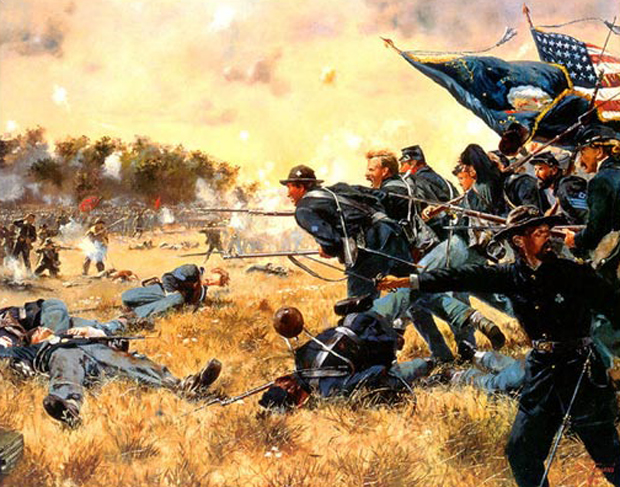 It’s stupid strategy and doesn’t make any sense. Or… does it? Fast rewind to the beginning: I watched the movie Glory the other day. It’s about the first all-black volunteer company fighting in the US Civil War. The movie includes some great battle scenes which are fought using Napoleon Bonaparte’s famous military strategy.

Napoleon’s strategy involves so called ‘muskets close order formations’. Put simply: Formations from both sides walk onto the battlefield until they see each other. Then something strange happens. First hundreds of soldiers from one side shoot at other side, effectively killing and injuring many enemy soldiers (who don’t even try to evade the bullets). Subsequently the enemy soldiers are allowed to shoot on the friendlies, with basically the same lethal result.

It’s not the first time I watched such a battle scene, but every time I do I think it’s strange, no stupid, to fight like this. If I’d been a general I’d never allow anyone to get a clear shot at my soldiers. Why didn’t the Civil War generals use a different strategy. Were they stupid, or…?

When the French Emperor used ‘muskets close order formations’, muskets were very inaccurate weapons. Napoleon figured if hundreds of soldiers shoot their rifles at exactly the same moment, at least some bullets must hit the enemy. The French essentially created the world’s first machine-gun, an inaccurate but highly effective weapon on the battle field. 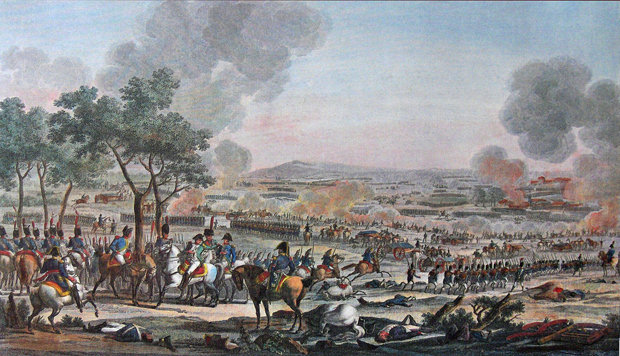 So, what went wrong in the Civil War

Well… muskets improved a lot. They were far more accurate. The fact that the Civil War soldiers could now hit what they aimed at made all the soldiers at the other side ‘sitting ducks’. For the first time soldiers didn’t randomly shoot their rifles in the hopes of hitting something. This time they actually managed to hit the enemy.

I wonder… Why didn’t the generals change strategy after a few of these battles?

The answer is simple, but shocking: They didn’t know better.

Many of the officers on both sides of the war received their military training at West Point. At West Point all cadets studied tactics under the same professor, who turned out to be fascinated by Napoleonic Warfare. In other words, both sides knew and thought alike. They were so focussed on Napoleontic Warfare that no imaginable alternative to this strategy existed. The only thing they could do… continue the war, minimise the loss wherever possible and hope for the best.

Back in 1861 Americans studied and copied Napoleon, who’s army became the world’s model of a fighting machine. Americans wanted to copy this success thus recreate the “Grande Armee” in America, which turned out to be a disaster. Technology improved but strategy didn’t. Today, the same is happening, but this time it’s the Europeans who make the mistake. The United States have the worlds most advanced army and won a string of victories in the past decades. So, it’s no surprise that European countries modeled their armies after their American counterpart, much like the Americans copied Europe 150 years ago. The problem is… the European armies and strategies never evolved after that. They’re still very much the same compared to 30-40 years ago, although we now have new technologies like drones, highly advanced missiles and the threat of cyberwar. 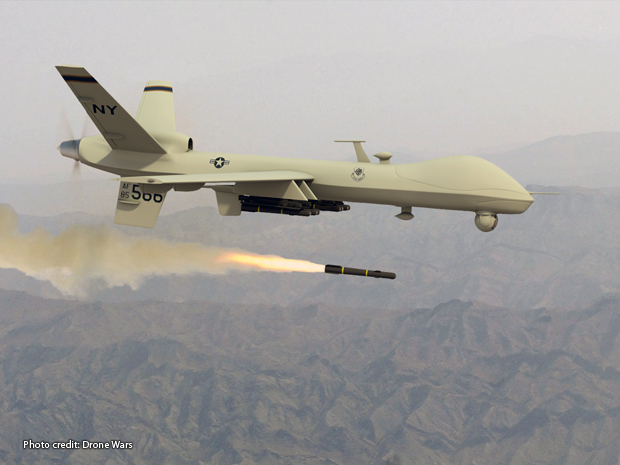 What I’m saying is… we shouldn’t repeat the mistakes America made in 1861. Technology, weaponry and wars evolved during the past decades… it’s time to adjust our strategy (and expectations of war) likewise.

Note: I didn’t intent to write about strategy or the military. I simply couldn’t help myself after finding out the reason behind the ‘stupid strategy’ of the US Civil War. Suddenly I realised we still make (some of) the same mistakes today. Sometimes history does repeat itself…