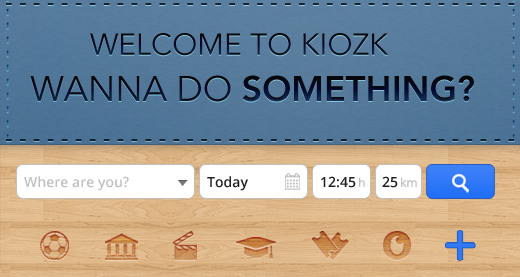 These days, everyone seems to talk about skeuomorphism, not in the last place because of Jony Ive’s design revolution at Apple. I follow this discussion closely because this discussion also applies to Kiozk.com, a company I co-founded. More on skeuomorphism later, first a little introduction on Kiozk.

When you visit Kiozk.com and set the location to Groningen (a Dutch city), you’ll see a long list with activities based on your time and location. The activity at the top of the list is about to start, the more you scroll down, the later the activity takes place. Essentially, this is all you need to know about Kiozk, although there’s much more to it. 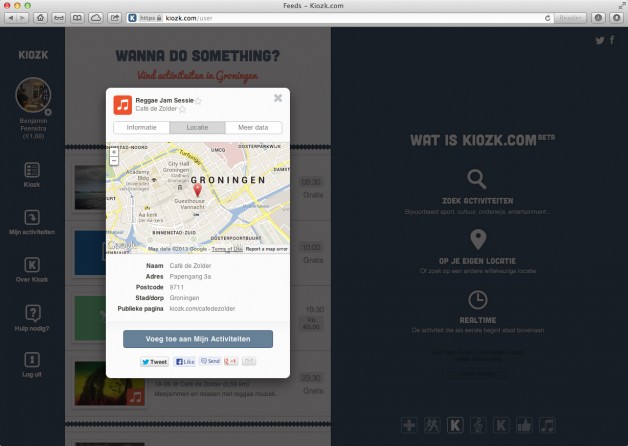 We see Kiozk as the modern equivalent of a kiosk. No need to collect dozens of flyers or search the Internet to find something to do. Instead, use Kiozk and you’ll immediately see activities taking place nearby. This led to an important design-question. If we see ourselves as a modern day kiosk, shouldn’t we look like a kiosk as well?

We quickly learned this is called skeuomorphism… Skeu-what!? In short, it means that a digital object closely emulates objects in the real world. Check these examples: 1, 2 and 3. In other words, a digital button looks like a real-world button, so our digital Kiozk should resemble a real-world kiosk as well.

Last year, there were many arguments in favor of skeuomorphism. After all, Scott Forstall still worked for Apple and iOS was filled with real-life objects, materials and shapes. Since many people were (and still are) used to this skeuomorphic design, it made sense to apply the same design philosophy to Kiozk as well. So we did (well, only during our mock-up phase). 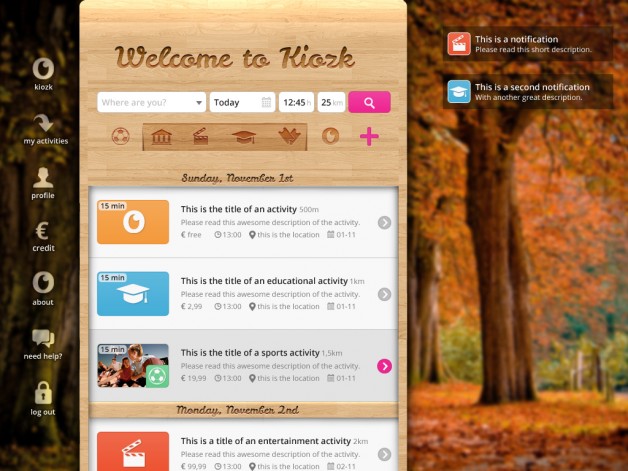 Made the activity-feed resemble paper…

We even used leather stitching at some point (yes I know, it looks terrible).

We literally tried hundreds of designs for the Kiozk homepage. Some were skeuomorphic and some used the so called flat design. In the end, we choose the modern and more minimalist look and ditched skeuomorphism. In hindsight, this is the best decision we could’ve made. After all, with the current design revolution at Apple, skeuomorphism is now officially outdated. 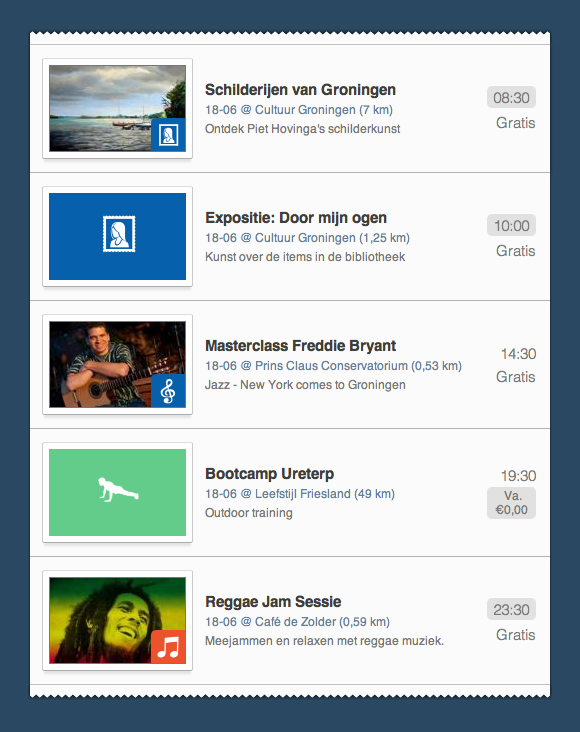 This is the current activity-feed.
We hope to perfect the design within several weeks.