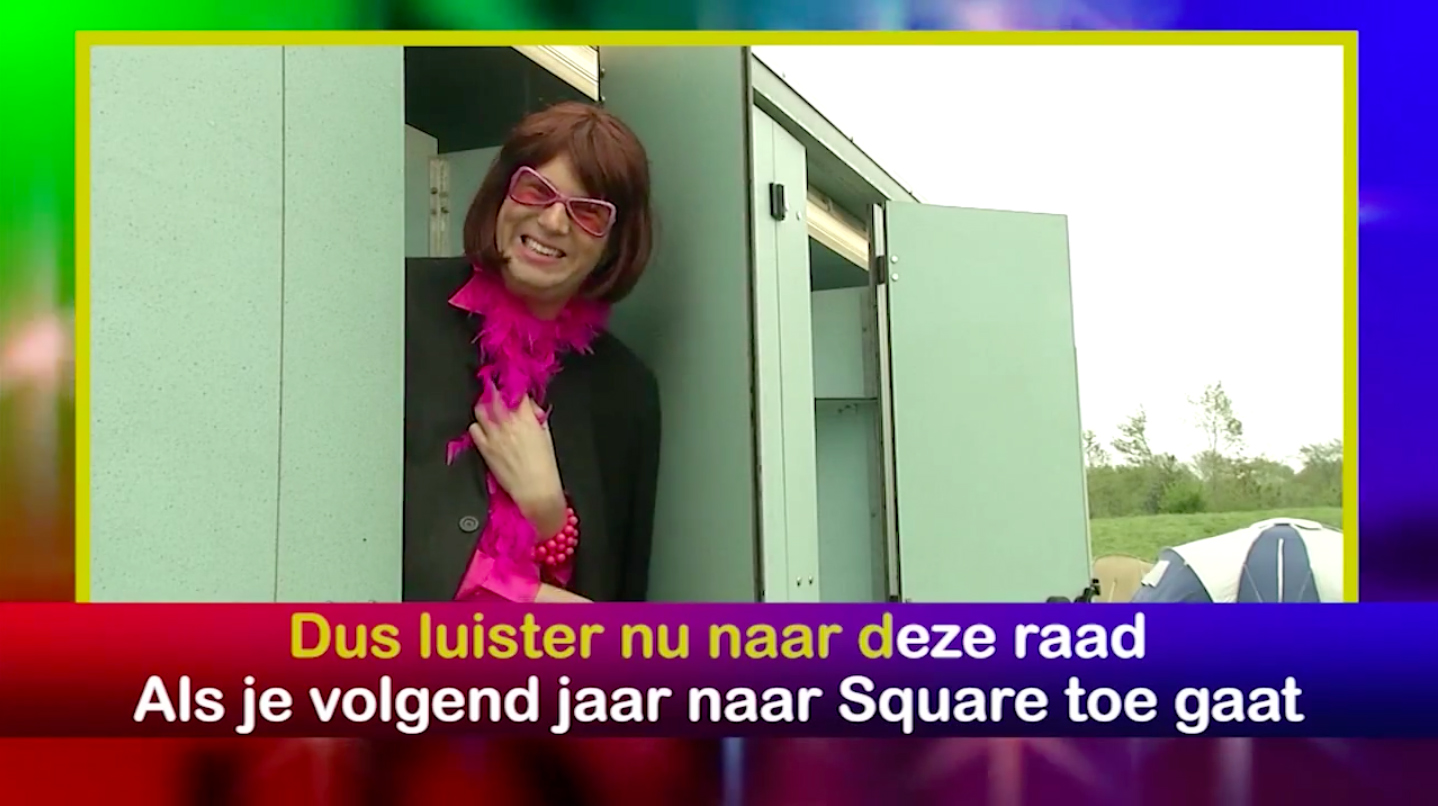 It’s the third time I was part of the so called Square Journaal (translation: Square News). This time, we didn’t really do a news show, instead we made it like a short movie, aimed at teenagers.

Our story: Baroness Lulu von Pfirsch, the main character, wants to destroy Square, a large Christian teen event in the Netherlands. In three episodes we see her trying to achieve this goal. How it ends? Well, I guess you should watch all three episodes to find out.

As soon as the episodes hit the web, I’ll post them here as well. For now, I can only share a music video, which is a parody on this well known kids-song by famous Dutch duo Bassie and Adriaan (the original song starts at 3:42). Consider the music video as a bonus, because that’s what it is. Enjoy.