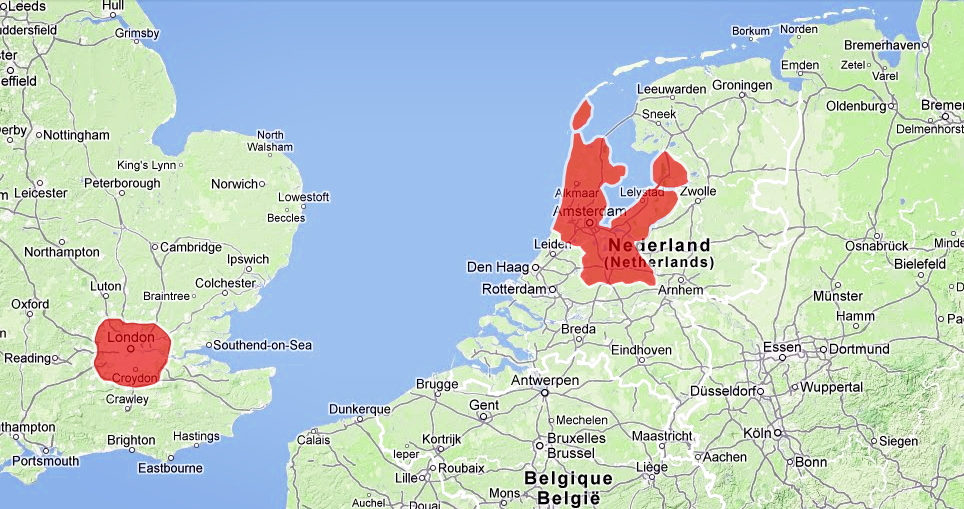 Why a superprovince isn’t the solution

I’m concerned about something for quite some time now. Currently, there’s a discussion in the Netherlands about the so called ‘superprovince’. The Dutch government is planning to merge three provinces into a single big one. This so called superprovince includes the city of Amsterdam and houses over 4 million people.

It’s not the actual merger I’m concerned about. No, it’s the reason why. Doing this based on a vision is great. But the Dutch government appears to have none… unless you count ‘money’ as being a vision. Politicians argue it’s more efficient to centralize the government, which means less managers and more efficiency, thus more decisiveness and a better competitiveness. This results in more jobs and even more money.

But… if a merger of three provinces makes governing more efficient… why not merge five provinces? Or seven? Or why not all twelve?

“We have to do this”

That’s where the “we have to do this” argument comes in. I love this argument, since it’s one of the most commonly used arguments. The beauty is, you can use it for anything. Think, let’s say, of the airline merger which was announced last week. American and US Airways want to merge because the competition merged a couple of years ago. If the argument can be used by commercial airlines, it most surely can be used by the Dutch government as well.

So, why does the Dutch government “have to do this”? Well, competition from other countries and cities is growing stronger. Think of Paris and London, who try to attract the same Fortune 500 companies as we do. If we make Amsterdam and our main metropolitan area stronger (the superprovince), we’ll stay ‘in the game’.

Well, that makes sense. Maybe the superprovince isn’t such a bad idea after all. One question: What happens when our competitors respond by growing bigger as well?

Recently I found an example which illustrates what happens then. It turns out the San Francisco Bay Area, which is the 13th largest economy of the world, wants to merge for almost identical reasons (but on a larger scale). This merger of the Bay area, which includes the city of San Francisco and Silicon Valley (home to companies like Apple, Google, Facebook and eBay) would result in a superprovince which houses 6,9 million people and gives them a lead over cities like Los Angeles, Chicago, New York City and London.

Wait, hold on a second. London? Are the British going to be affected by this on-other-side-of-the-world-merger? If so, London has to act in order to stay in the game. And if London acts… we have to do something too. Maybe we can merge our superprovince with another one or two provinces… That’ll give us a change. Right?!

This is exactly why I’m concerned by the current situation. Ultimately, we’re forced to follow the others’ lead, grow when they grow and increase efficiency when they do the same. And this cycle repeats itself over and over again. Instead, I believe the Netherlands should focus on its own strengths. Doing so, it’s good to realize we have a major advantage. We’re a (densely populated) country with about 17 million people, which should make us competitive with about any western city or region in the world. Hence, let’s only merge things that make sense.

Why not establish a true national police force, a nationwide fire-response system, a few highly specialized hospitals at strategic locations, a nationwide public transit system which encompasses the entire country and a single national park service.

This leaves us with municipalities. They’re ideal to take care of services which require to be close to the people. Like social services, education and basic health care services. This makes it absolutely clear what a municipality is… it’s the local government.

A local and central government