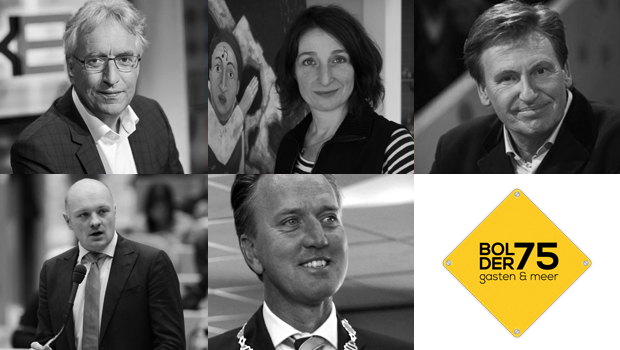 Last year, I had the privilege of being director of talkshow-event Bolder 75. It’s a talkshow-in-a-church (yep, that’s possible), with a live audience of about 1500 people. I never directed anything close to being a talkshow (and the camerateam never did anything like it either), which made Bolder 75 a new and unique experience for the entire team.

Everything was new, we didn’t know the interviewer (each show had its own host), had to find out where to position the camera’s (how do you film/direct a talkshow anyway) and didn’t know what to expect. But the results were great. Even better, last year we had four Bolder 75 events. This year, there are five.

Today, I read a blog of Renze Klamer, who’ll host all upcoming events. He included a great trailer video of Bolder 75, which I’d like to share with you (see video above). Also, you can watch all full episodes of ‘season one’ here. Renze mentioned he sees it as an honor of being host and looks forward to the events… That makes two of us.