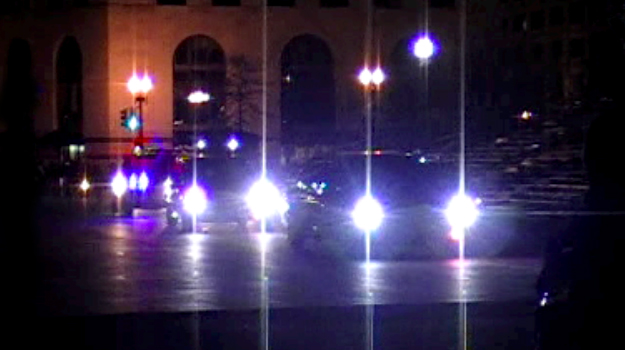 Exactly four years ago, on January 17th 2009, I was in Washington DC. It’s three days before the inauguration of the 44th President of the United States takes place. An event I was looking forward to for a very long time already. In fact, this trip was planned (and paid for) about four months earlier, in September 2008. Barack Obama and John McCain were still in campaign mode and the election was two months away. At that time, I didn’t realize I was about to experience an historic inauguration. An inauguration attended by two million people in Washington DC and billions (!) more via television.

Anyway, I finally arrived in Washington DC. After a tour inside the US Capitol and a visit to the National Mall, I walked to Lafayette Square, which is a public park in front of the White House. All I wanted was to cross the street and make some pictures of the White House… but a nervous security guard stopped me. He ordered me to wait for a few minutes. It didn’t take that long before a helicopter positioned itself right above us. Also, in the far distance, there was the (increasing) sound of many police cars… It’s the motorcade of Barack Obama! Immediately, I grabbed my camera and shot this video (see above).

Three days later, Obama was sworn in as 44th President of the United States.