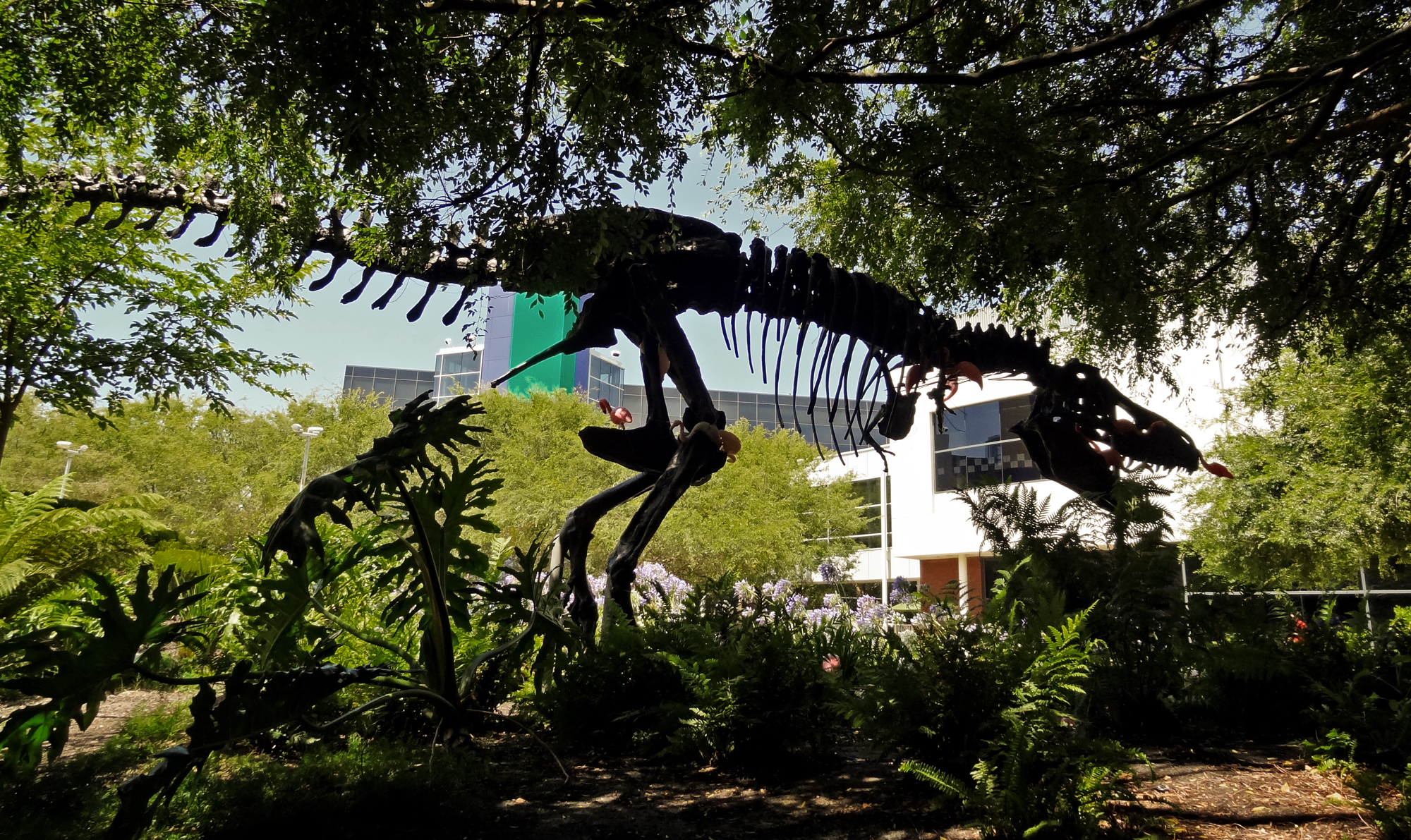 My summer holiday of 2012 was a 3000 mile road trip in the United States. It was one of my best holidays ever. So, how come I never wrote about it here? The answer is simple. Since I arrived back in the Netherlands, I’ve been quite busy creating something (more on that in the future). Surprisingly, I finally found some time to write about the USA trip… Today it’s time for part two; “Google vs. Apple”.

Second stop, Silicon Valley, California. It’s the place where companies like Google, Apple, Facebook and thousands of small technology startups have their headquarters. Since I’m interested in technology and use Apple and Google products every day, I decided it would be great to visit these two companies in their real Silicon Valley habitat.

Apple is well known for its vertically integrated products. It is impossible to (legally) install an app on my iPhone without using the Apple App Store. And their operating system (Mac OSX) only runs on Macbooks and iMacs only. They simply want to be in control of everything. The same applies to their Cupertino headquarters at One Infinite Loop. 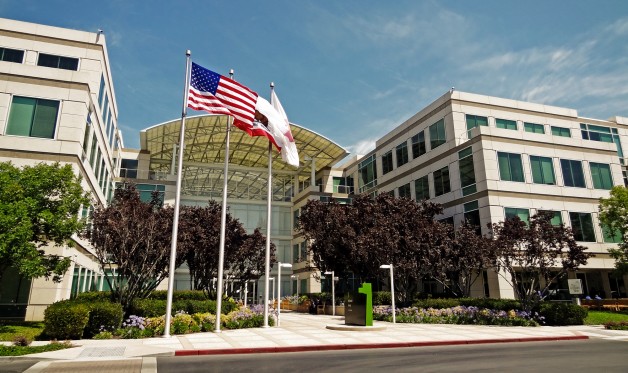 Outside, the grass is mown with greatest precision, bushes and flowers are aligned perfectly and the building looks very ‘introvert’. Apple is in full control. Nonetheless, it was possible to go inside and take a quick look at their courtyard. 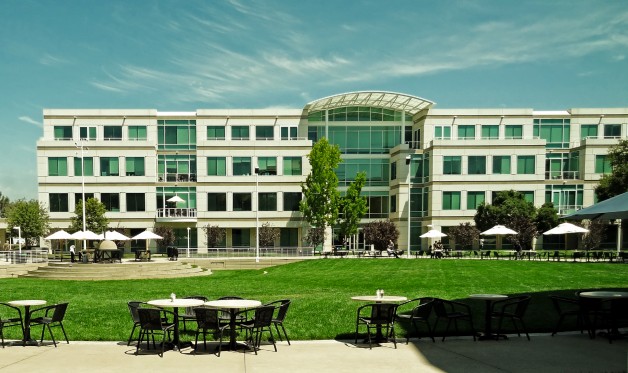 The same desire for control is apparent here. The courtyard is designed with ‘oversight’ as purpose. There are not trees, no hidden corners, there’s nowhere to ‘hide’ for its employees. But at least they tried to make it look a bit more fun by adding the parasols.

Google’s next. It’s the company who brings us software like Google Search, Gmail, Chrome and Android. Their software, contrary to Apple, can be used by nearly everyone on almost any device. Google believes in an open society, which can be seen in the way they set up their Mountain View headquarters. 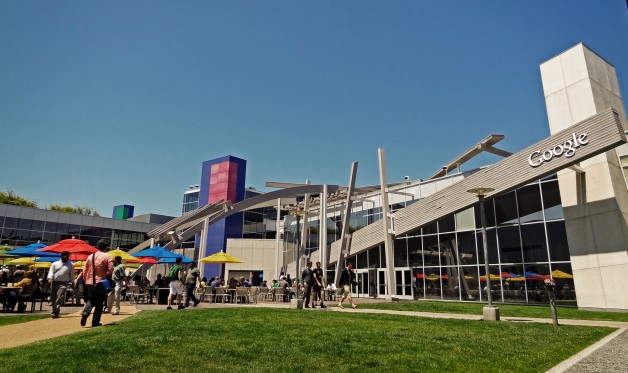 There are no fences to stop tourists, they even allowed us to walk among Google staffers in the courtyard at the Googleplex. 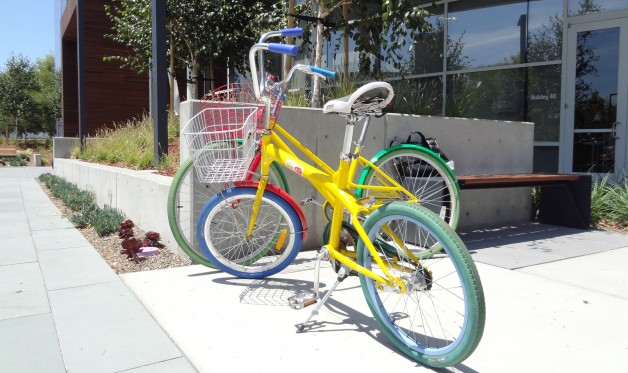 There are Google bikes everywhere. These GBikes are used to pedal from one building to another and are free of charge for employees. 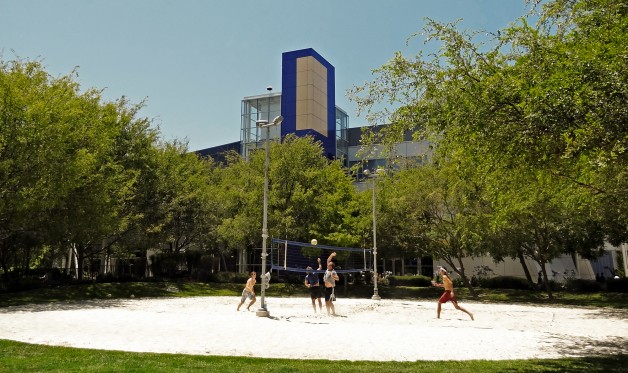 Also, Google staffers can use many recreational facilities, like a volleyball court. How cool is that! 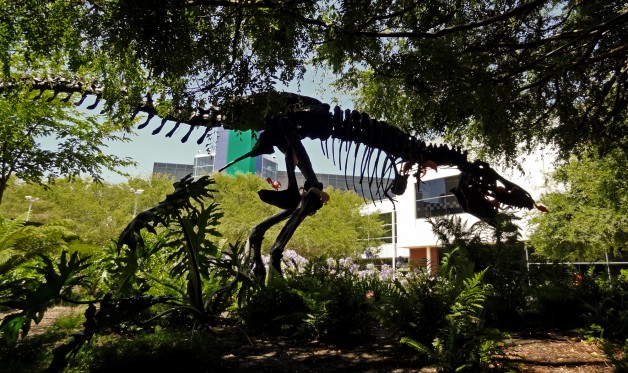 And what to think of Stan, the life-sized T-Rex skeleton that lives in the middle of the campus? 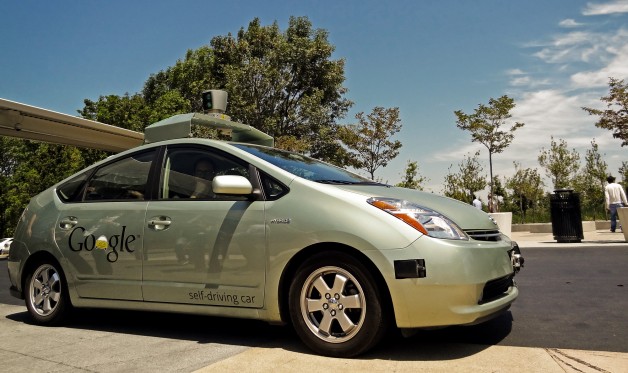 But Google definitely won the cool-factor for their headquarters when I saw the driverless Google car which drove around on the parking lot.

It will be interesting to see which of these companies will ultimately win the software battle. Google (open) or Apple (closed). Meantime, based on my visits, Google decisively won the real-world headquarters battle. But how long will their victory last?

Update: In November 2013 I wrote about the new Apple Headquarters. Click here for the article.

My next stop: Highway 1

Read part one of my USA trip here.