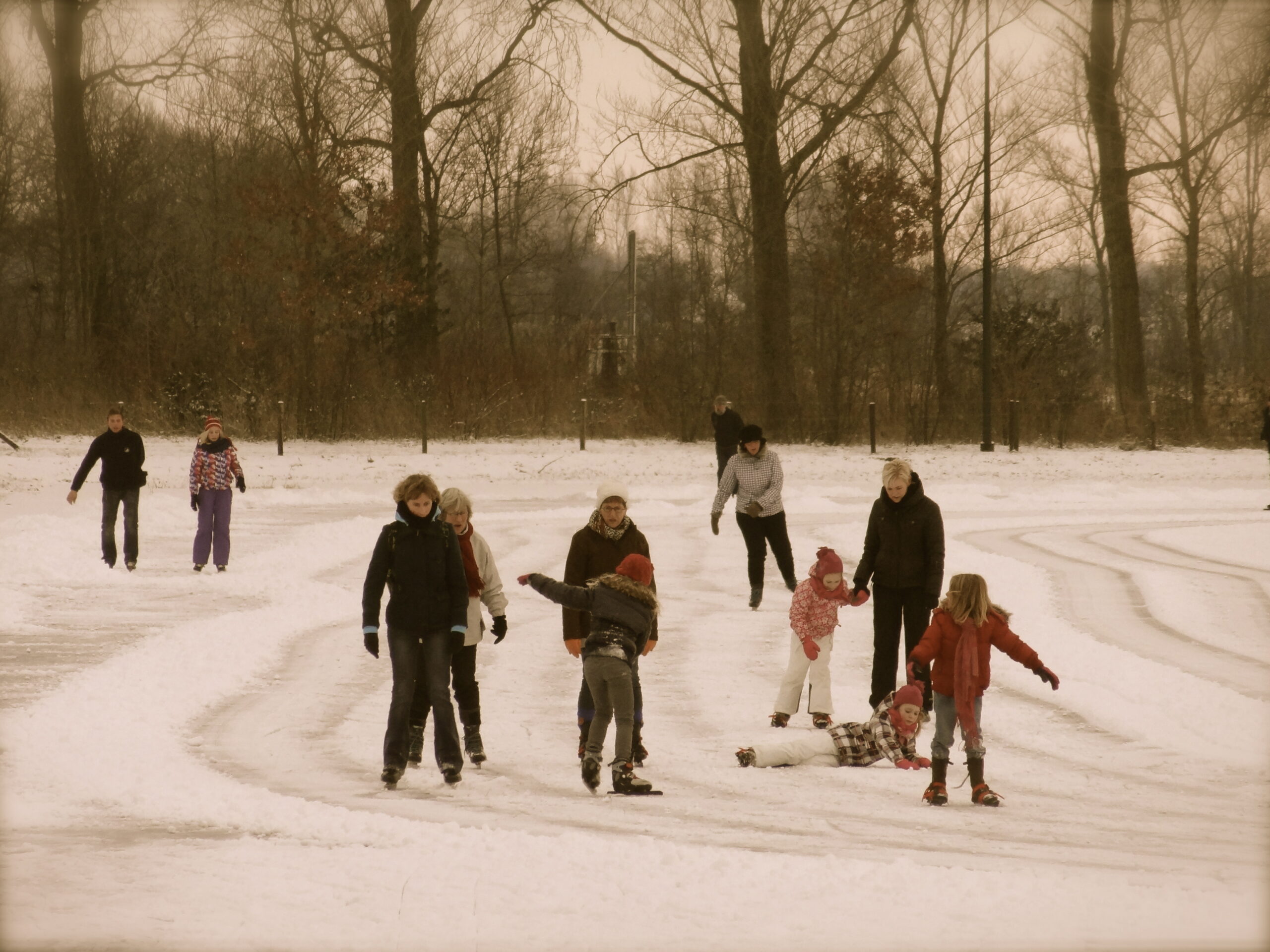 The moment winter arrives in the Netherlands, most people are interested in just one thing. Will there be an Elfstedentocht? For some reason, the Dutch are obsessed with speed skating and especially this 11 Town Tour (Elfstedentocht). The 200km (125-mile) tour route takes skaters over frozen canals and lakes linking 11 towns in the northern Netherlands (Friesland). The tour, which is also a race for elite skaters, has only been staged 15 times since the first official event in 1909. The last race was held in 1997.

It is impossible to predict whether the Elfstedentocht will be held this year. But in many parts of the country, it’s possible to skate already. I took these photos at an ice-skate rink nearby.