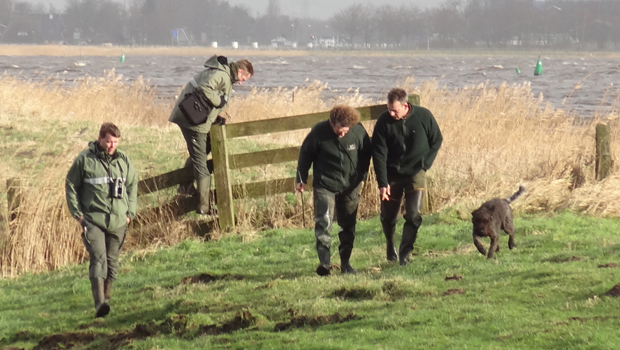 “The situation is Burgum is somewhat critical” according to a reporter of Dutch news channel NOS. First, Burgum, thats where I live! Second, OK, there’s heavy rain, strong northwesterly winds and risk of some flooding… but to call the situation in my town critical… on national TV. That’s a bit exaggerated. After all, we’re Dutch. We live below sea level. We should be used to these kinds of situations.

But why is the situation in Burgum critical? I really don’t know. After googling around, it turns out there’s a polder nearby – reclaimed land that is drained by pumps and mills – which will be deliberately flooded to lower water levels elsewhere. Is this what the NOS meant by critical? I took my bicycle and went to this polder, the Soestpolder. Once arrived, I couldn’t see a thing, since civilians weren’t allowed on site.

Luckily I met a guy who helped creating the polder several years ago. He toured me around and allowed me to visit the floodgates. Thousands liters of water flowed into the dry and empty polder. It was impressive for sure!

While listening to the roaring sound of water streaming into the polder, I spoke with a forester of Staatsbosbeheer (National Park Service), a volunteer of the Vogelbescherming (Birds Conservation organization) and the guy who helped building the dikes. I learned a lot today. Oh, and made some photos too. Check ‘m out below! 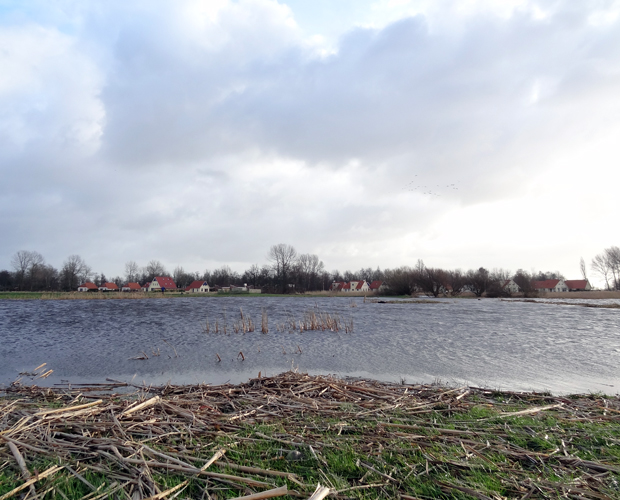 (above) Standing on a small dike next to a large canal (Prinses Margrietkanaal). As you can see, it doens’t look like a dike anymore… 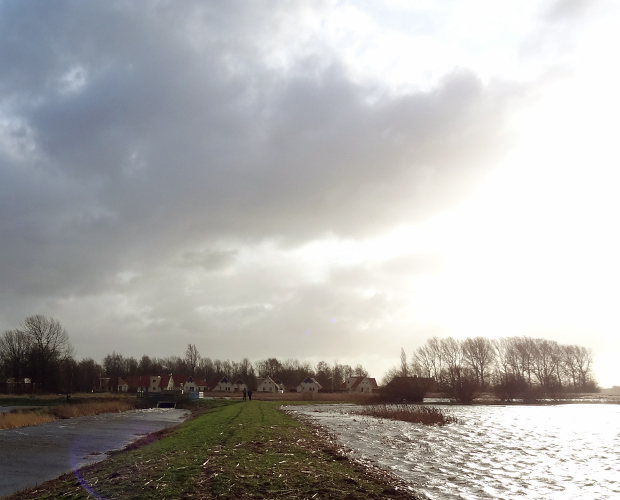 (above) A small dike separates the Soestpolder (left) from the open water (right). On the left, the water level is low. On the right… it’s considerably higher. This really is a dike-in-action. 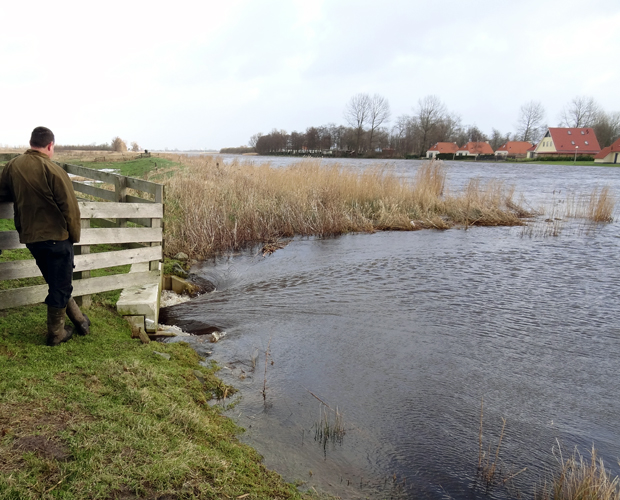 (above) The floodgates in a dike next to the Prinses Margrietkanaal opened. 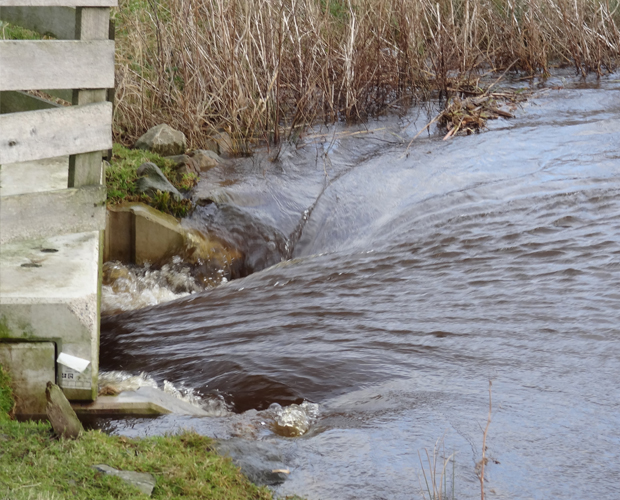 (above) Open floodgates allows water to flow into the polder. 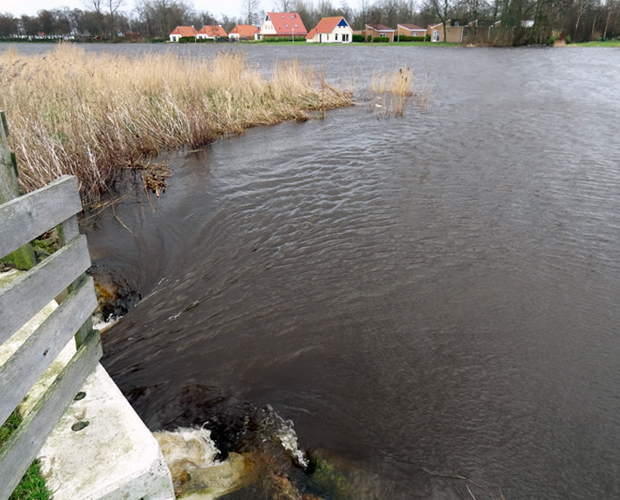 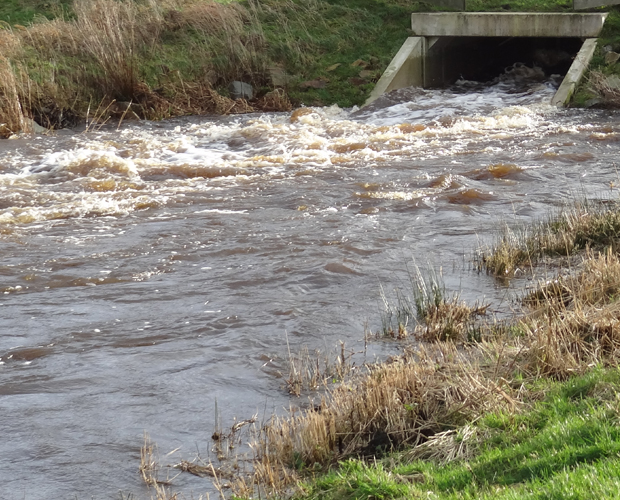 (above) Water from the canal streams in the polder. 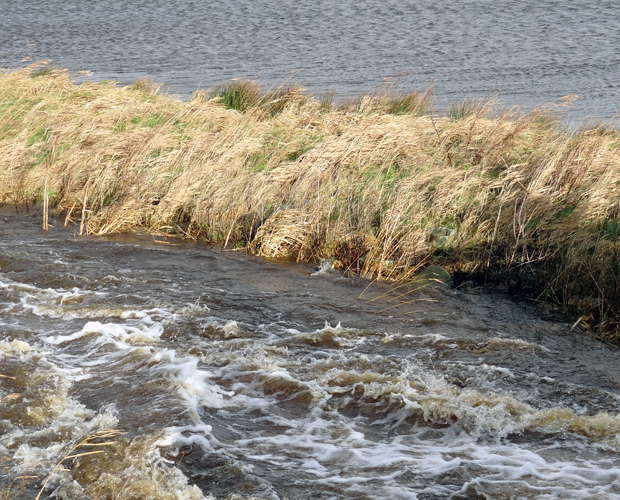 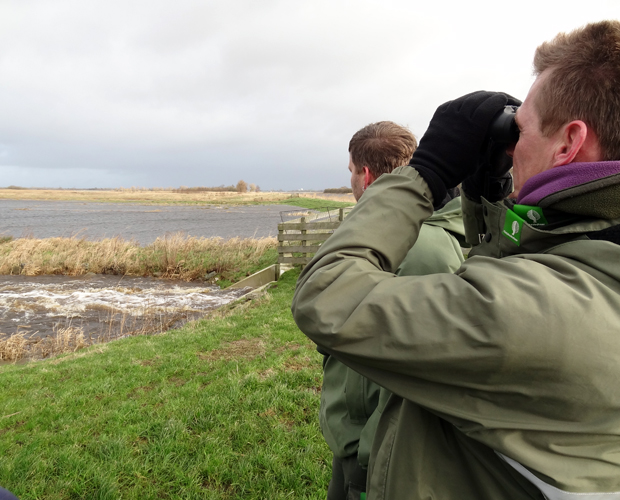 (above) A forrester from Staatsbosbeheer (National Park Service) inspects the polder. 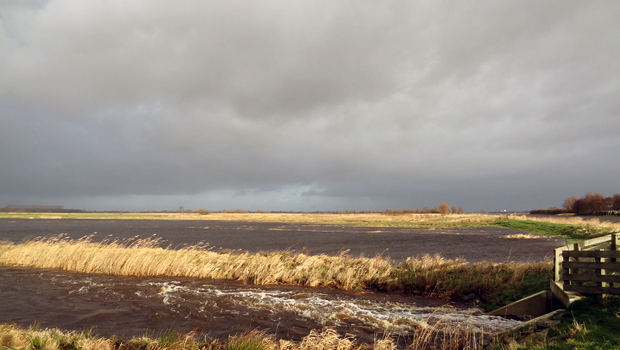 (above) View of the Soestpolder. Several hours ago, this was all dry land. 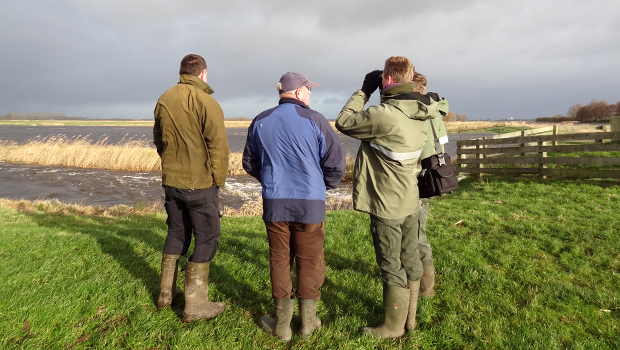 (above) Inspecting the polder. 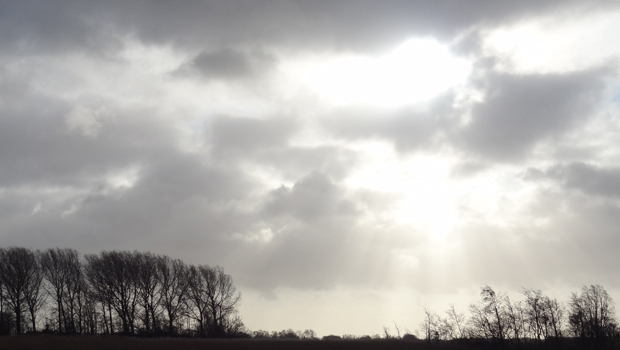 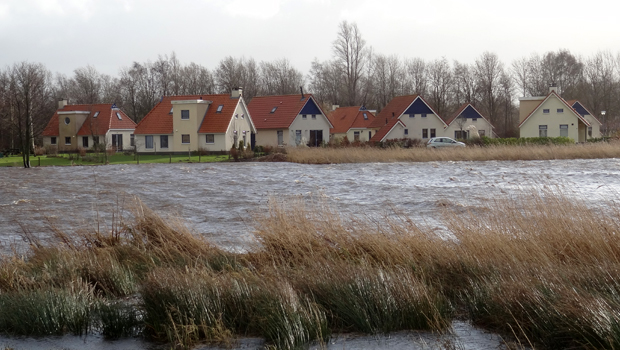 (above) Almost-flooded-houses next to the canal. 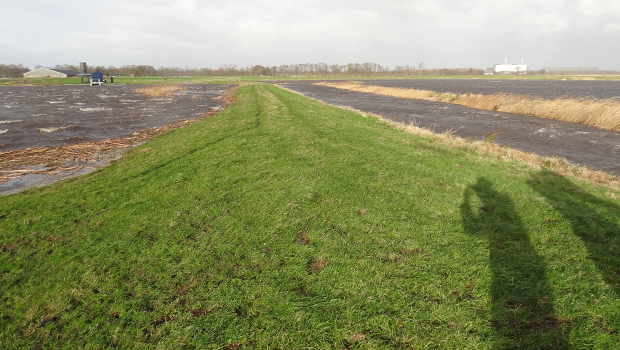 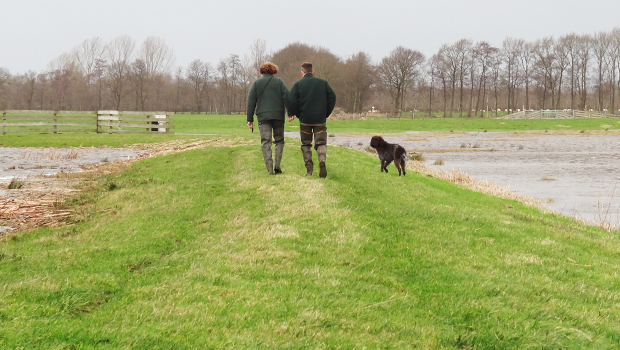 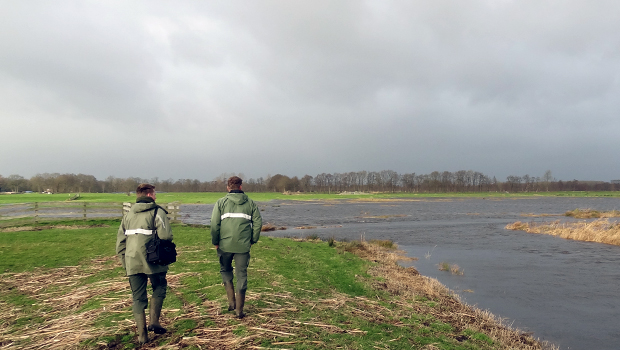 (above) Staatsbosbeheer inspects the polder.

(above) On this panorama photo it’s easy to see the difference in water level of the polder (left) and canal (right). 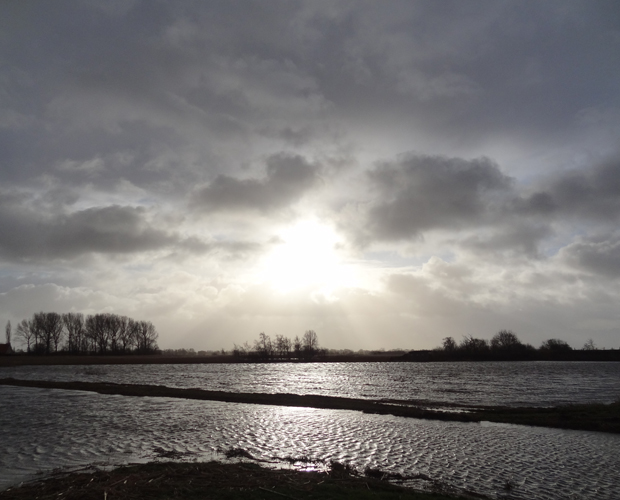 (above) The Netherlands is a flat country. Today it got even more flat. The small diagonal piece of land used to be a small dike. Not anymore…