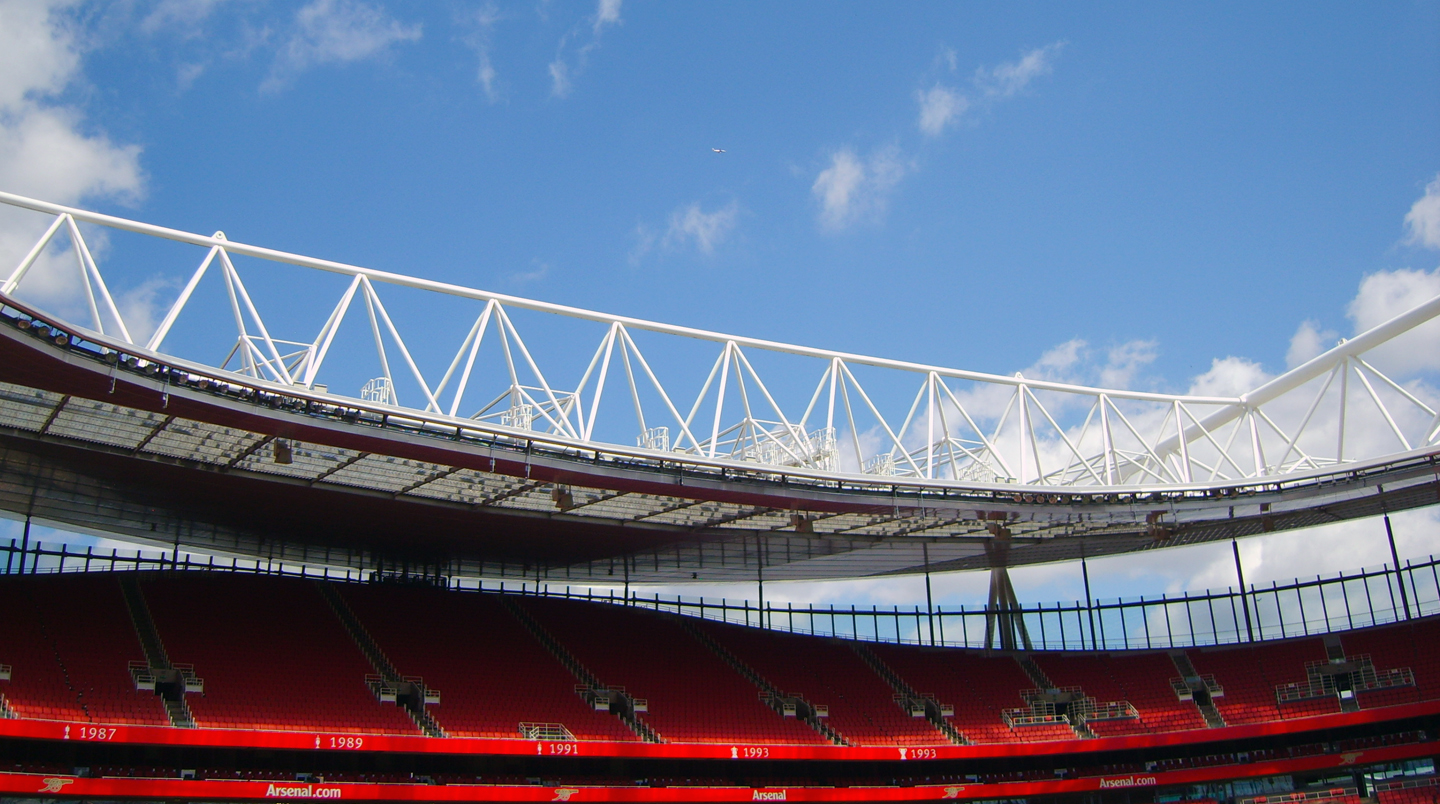 During the past years I visited many football stadiums. Not because I like football that much. No, I just like to check out the architecture (and my brother is the biggest football fan out there, which definitely comes in handy). I went to some of the biggest stadiums like the ones of FC Barcelona and AC Milan, visited stadiums with a great history like the Fulham Stadium in London and went to very advanced stadiums like the Amsterdam Arena which has a removable roof.

This summer I visited the stadium of Arsenal Football Club in London (or Emirates Stadium as it’s named officially). It’s not the biggest stadium out there (it seats ‘only’ 60.000 people), it doesn’t have the biggest history (it opened in 2006) nor it’s the most advanced stadium (it doesn’t have a removable roof so to speak). Nonetheless, the Arsenal stadium is one of the most beautifully designed stadiums I ever visited.

Just to mention a few; I love the curved roof, the exterior glass and the concrete walls in combination with the Arsenal-red. Although many stadiums are (sadly) designed like bunkers, this one seemed very transparent. Please enjoy OneMinute number twelve.