Huh? A mountain? I thought the Netherlands is the flattest country on earth.

Nope. Not any more. At least, not if a Dutch organization gets what it wants. This organization (Die berg Komt Er) proposes a two kilometer high mountain which will be erected somewhere in the Netherlands. Newspapers report ‘there’s probably enough space for such a mountain’. Also ‘there probably won’t be any negative side effects for the environment’. Yeah, right. Costs are expected to be around 70 billion euros (that’s over 90 billion Dollars). What the mountain will be used for? Agriculture, housing and skiing to name a few. Also the giant Dutch mountain will be used as a power plant. It should generate enough energy to power the entire city of Amsterdam with 100% renewable energy.

I thought the era of mega projects in the Western world was over. So kudos to the design team who had the guts of coming up with such a bold plan. Or is it just a publicity stunt? Are the architects of this Dutch mountain out of touch with the rest of the country? To be fair, the Dutch created 20% of their country themselves, by creating land from water. So there’s no doubt we’re technically capable (or find a way) of creating a two kilometer high mountain. But… let’s be honest, we (the Netherlands) don’t need such a mountain. Why not spend 60 billion euros to make the Netherlands the first carbon-neutral country on earth? Or why not build the Roadmap 2050 design of a carbon-neutral Europe, designed by Dutch architect Rem Koolhaas? There’s a saying, God created the world, but the Dutch created the Netherlands. It’s ever more true when the Dutch create their own two kilometer high mountain… which I hope will never be the case. 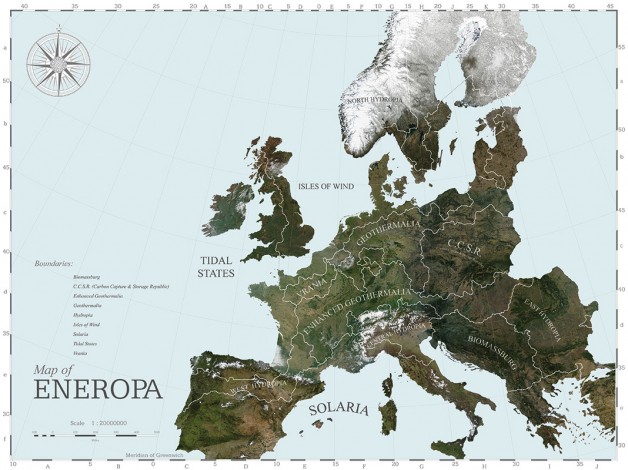