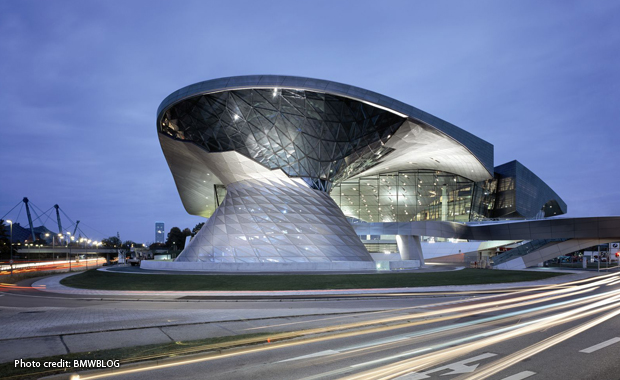 An offer you can’t refuse

Here’s the deal. You pay me 150 million euros and you receive 300 million euros back. And it’s no scam. For  all people, this would be ‘the perfect deal’. What would your answer be?

Surprisingly, many people (or companies for that matter) answer ‘no’ to this question. BMW, the German automobile company, did not. They decided to go for it!

Back in 2000, they were in need of a new corporate headquarters. After consulting several architecture companies, they picked Wolf Prix’s Coop Himmelb(l)au as architect of their choice. In 2007 their new headquarters, BMW Welt, opened for business. The building had a staggering price tag of over 150 million euros.

When I worked for Coop Himmelb(l)au, I spoke with someone who had been involved in this project. This architect told me there was quite some debate within Coop Himmelb(l)au and BMW. Is it worth erecting a building worth over 150 million euros? Can we build it for half the money? Does BMW Welt have to be this spectacular? Ultimately Wolf Prix convinced BMW to spend the money and build this ‘temple for BWM’ as he called it. The result: In the following years, BMW received free exposure and media coverage worth hundreds of millions of euros because of their new headquarters.

I’m not suggesting bigger is always better. However, sometimes, it can be worth spending a bit more money to reach your goal. Ultimately vision and courage of the client are factors that matter most. Which is even more true during times of economic hardship.