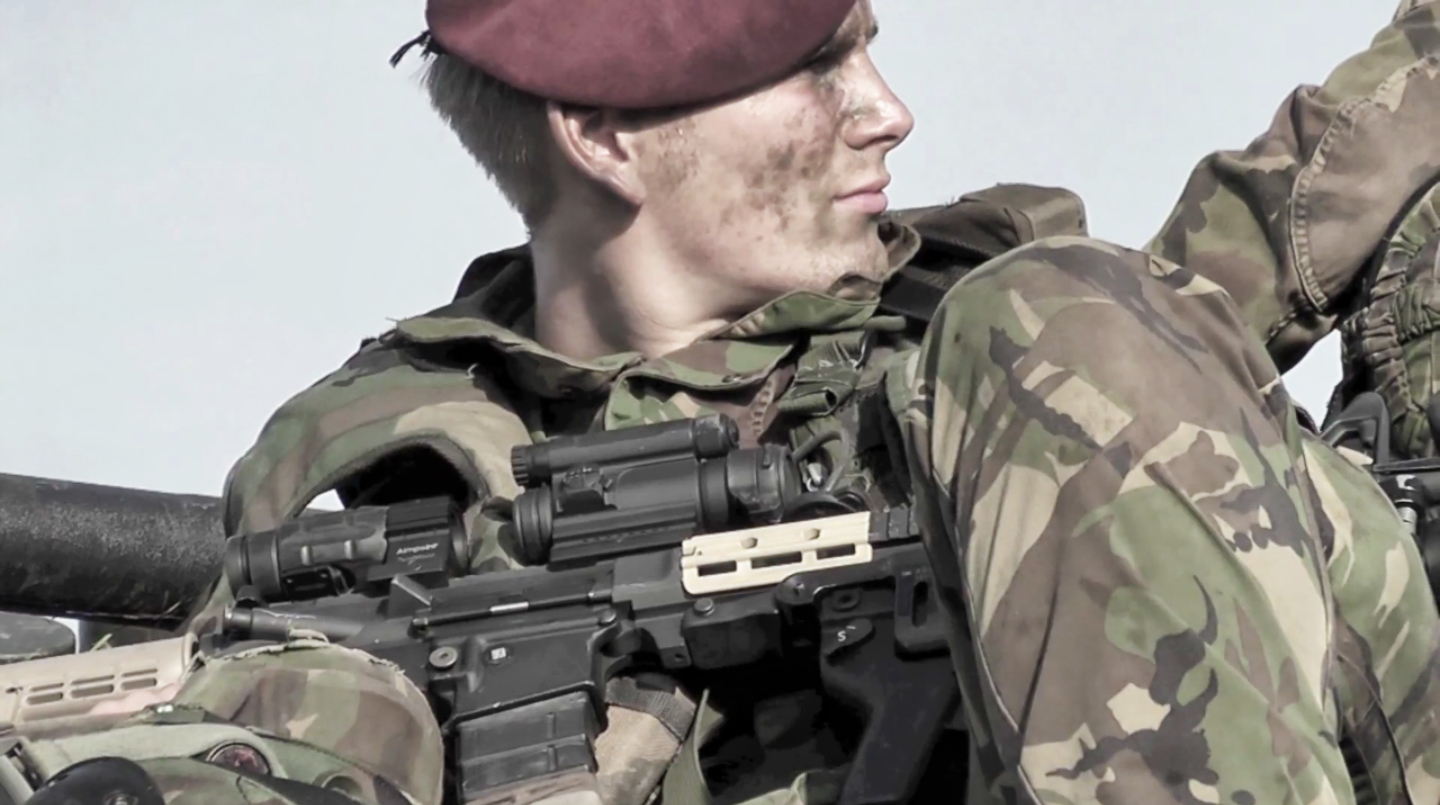 As a young kid growing up, I collected many posters about the Dutch military. Jeeps on rough terrain, special forces exiting Chinook helicopters, snipers waiting for the enemy and many more posters. Last month I felt like being part of the action on these posters. I went to Assen where the Airmobile Brigade conquered the TT circuit in a combined attack on the ground and by air. This spectacular operation took place as part of Falcon Autumn, the largest military exercise in the Netherlands in the past 15 years.

It was hardly impossible to enter the motorsport race track. Nonetheless I found a gate which the military left open. I didn’t quite get to where the shooting happened, but I was the only civilian surrounded by soldiers. The next few hours I felt like I was walking in a movie. Soldiers walked next to where I was, Chinook transport helicopters flew over my head and armored vehicles drove next to the camera. It was awesome!