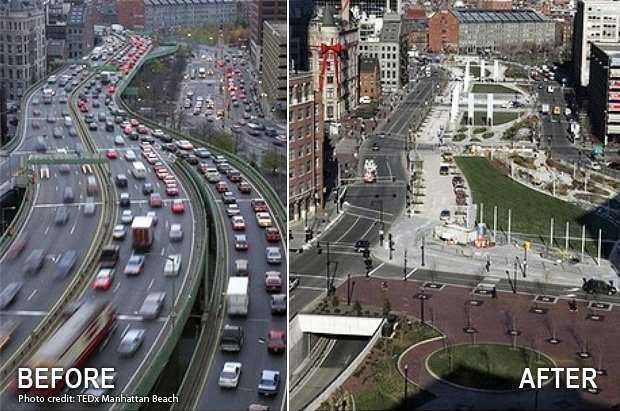 Wednesday I wrote about the need of a new urban model. Today I offer three of my solutions.

When people start to work from home more often and distance becomes less relevant, we should rethink the way our cities (and countries) are planned. Here’re three things we could do in the Netherlands.

These Strategic Office Locations replace the current offices in cities downtown. Since less office space is needed, only a few locations are needed. All of these office locations are located at major highway intersections outside of our current cities. Plenty of parking space and extensive public transport is available. Thus eliminating the problems we associate with cities (too much traffic, no parking space, new infrastructure cramped in old cities and always a lack of space).

Home equals workspace. This results in people wanting to get out of their houses and avoid getting stressed. That is why people want to be somewhere they love to live. How many people really want to live in a generic apartment in just another suburb of a major city? I guess not that many. Since the Strategic Office Locations are centrally located and only need to be visited several times a month, people can live in the entire country.

Nature loving people might choose the Frisian lakes or Limburg hills. Other people could be more interested in locations like the historic district in Amsterdam where many shops, cinemas bars, restaurants and theaters are.

Companies continue to scale up. Companies like Media Markt, IKEA but also supermarkets like AH XL (large Dutch supermarket) and distribution centers only need a few strategic locations in order to serve the entire country. These companies will be situated at Strategic Office Locations.

Imagine how cities and entire countries will change. Is it just a dream? Or could this be our future?