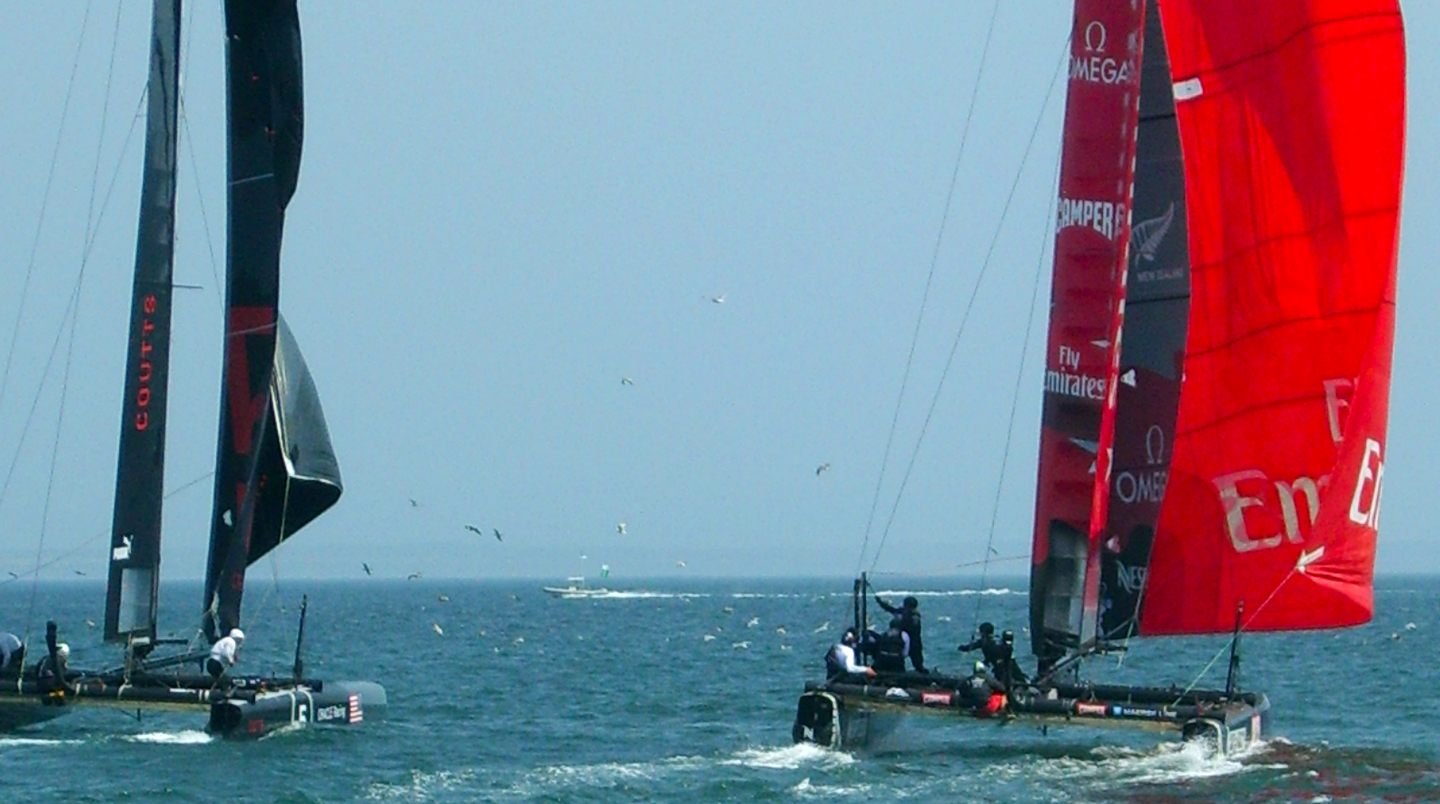 May I ask you a question?
Of course!

You’ll never guess it. It’s the America’s Cup.
What sport is it for?

Sailing.
You said it’s the oldest trophy. How old is it?

The trophy was originally awarded in 1851 for a race around the Isle of Wright, which was won by the schooner America.
Is that the reason they named it America’s Cup?

That’s right! But I thought I’m the one asking questions. Not you.
Sorry. Any more questions?

Aargh, you’re doing it again!
What?

Asking questions! That’s my job! May I ask the final question?
Go ahead.

Do you want to watch a great OneMinute video?
Sure!

Thank you. Please enjoy the America’s Cup in just one minute!