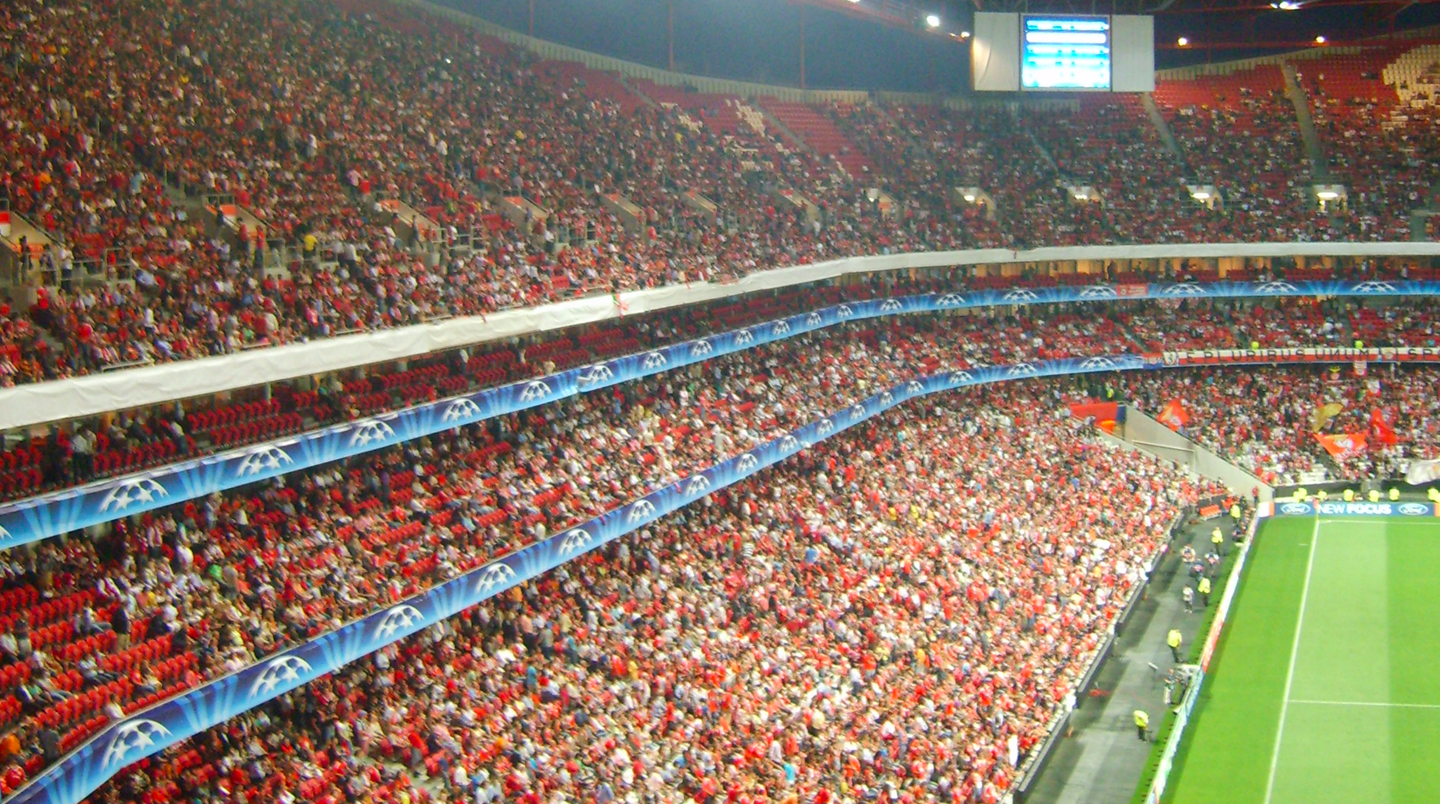 Last week I went to a football (or is it soccer?) match of Benfica vs. FC Twente in Estádio da Luz, Lisbon Portugal. It was a Champions League qualifier so there’s a lot at stake. The winner of this match enters this prestigious European football league and gets awarded millions of euros (for just entering this tournament).

Since I am not a fan of either home or away team, I would normally choose to support the home team (in this case Benfica). It’s really fun to support any home team, since they usually make the most noise during a match (in this case about 50.000 Benfica fans vs. 150 Twente fans). But there’s a problem. Benfica is Portuguese… Twente is Dutch… I am Dutch also. Not to root for Twente would be close to treason against my country…. And I have no particular reasons to like Benfica. So I rooted for Twente. The away team.

So far so good. I entered the stadium and found my seat on the third tier. I quickly noticed the hard-core Benfica fans were in another part of this Stadium of Light, which is how the stadium is named in Portuguese. I figured this would allow me to cheer for the away team without putting myself at risk. Meanwhile the beautiful Champions League tune started to play in the stadium. Moments later, the game started.

Immediately after, a guy sitting in front of me stood up and started shouting and cheering in Portuguese. Quickly several other supporters followed. It didn’t take long before I, together with three other Dutch people, were surrounded by over-passionate Benfica fans. This resulted in me not knowing what to do. I didn’t want to cheer for Benfica, since this felt like treason. But I also didn’t dare to cheer for Twente. It might simply be too dangerous. Who knows what would happen when this Benfica-guy in front of me would turn around and…

Let’s put it simple. I’m Dutch, Twente is Dutch. I have no particular reason to like Twente other for the fact they’re Dutch. Since Benfica was simply too strong for Twente (the match ended in 3-1) I decided to make as much fun as possible and joined others in singing Benfica songs, et cetera. The Benfica crowd is one of the most passionate I’ve ever seen which made it one of the best matches I’ve ever seen!