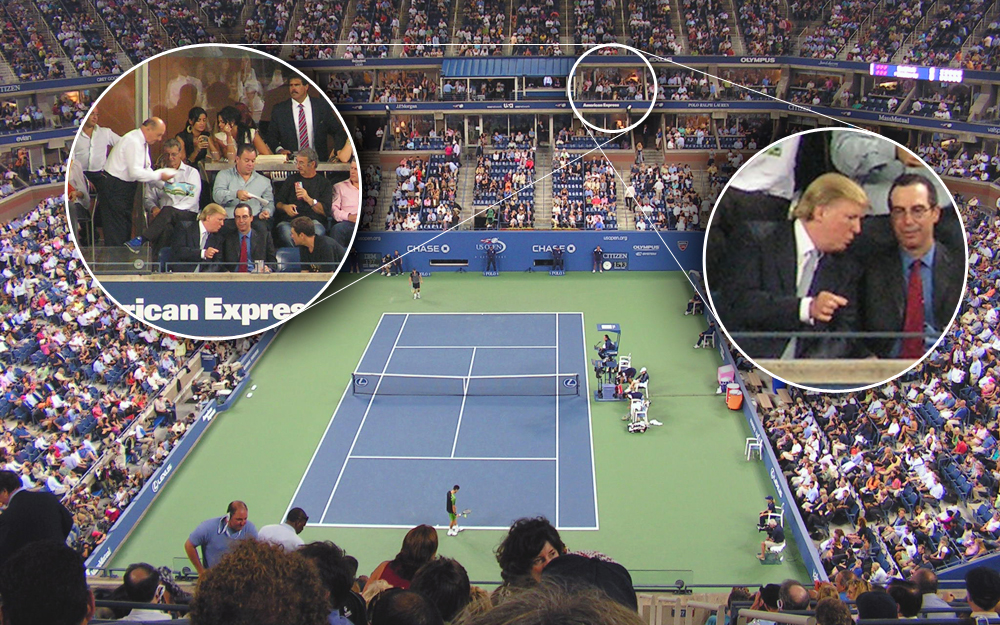 Most sports have breaks. With football there’s half-time, which is a 15 minute break. NBA basketball has four quarters which gives us two breaks of two, and a halftime break of 15 minutes. On TV, these breaks are filled with commercials. Obviously, when you’re in the stadium, you won’t see any tv commercials. So what do organizers of large sport events do to entertain the public during those minutes?

Three years ago I went to a baseball match of the NY Mets. During (commercial) breaks several cameras scanned the crowd for young couples. One of those couples would get broadcasted in the stadium. The moment they found out they’re visible for the entire stadium, a text appears on the screens, saying “Kiss your girlfriend!” After the kiss, the director puts a new couple on the screen. And on and on. Until the break is over. This kept the entire stadium engaged.

But there’re more ways to entertain. How about clowns during the rodeo or a show by the U.S. Olympic Trampoline team during the halftime break of a basketball match?! (btw, it was a great show!).

The how-to-fill-up-a-break-without-commercials I remember best was during the quarter finals of the 2008 US Open (tennis). Novac Djokovic played against Andy Roddick. During one of the breaks a very familiar tune starts playing in the Artur Ashe Stadium. I know this tune, For the love of money, as the theme to the reality television show The Apprentice. I quickly figured there must be a reason to play this song during a break in the stadium. Maybe The Donald is in the stadium? My heart jumped a bit. Would I really see Donald Trump? Thé Donald Trump?!

My eyes moved towards the large screen in the stadium. At the same time, the stadium speaker introduced “the guy everyone associates with this tune”. And there he was, in full screen, visible for everyone in the stadium. Donald “You’re Fired” Trump. The entire audience started to cheer while The Donald smiled to the camera. My eyes quickly scanned the stadium. Where would he be sitting? I pointed my photo camera to a vip-box in front of me and zoomed in quite a bit. And there he was! To me, the quarter finals of the US Open changed from great to unique.