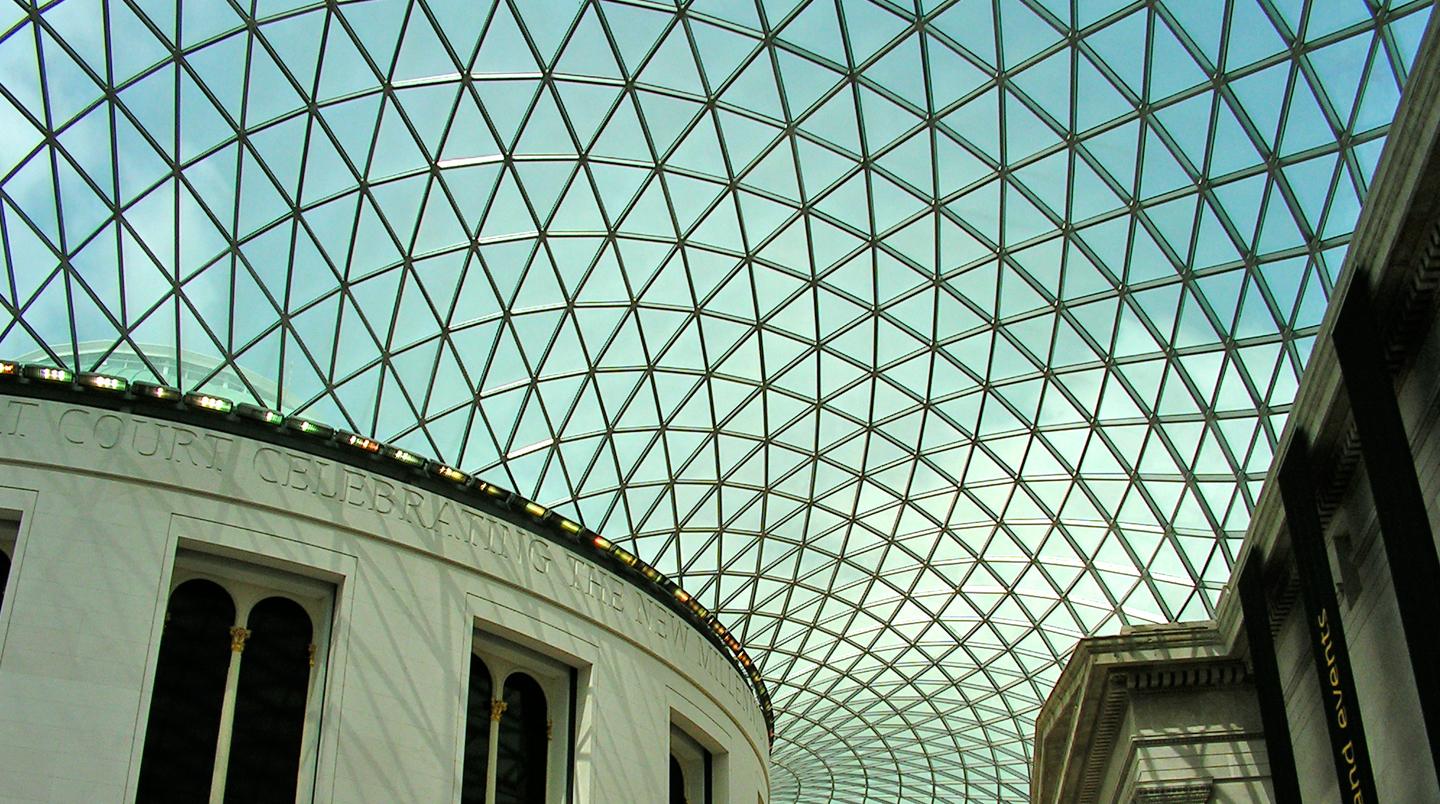 OK. I admit. I like the work of British architect Norman Foster. During the past weeks I made OneMinute videos of his bridge and tube station. Today I’d like to add a third Foster-building to the ever growing OneMinute series. This OneMinute video will be about the Great Court of the British Museum.

The British Museum is a museum of human history and culture in London. Its collections, which number more than seven million objects, are amongst the largest and most comprehensive in the world. Oh, admission is free!

Today, the British Museum has grown to become one of the largest Museums in the world, covering an area of over 75,000 m2 of exhibition space, showcasing approximately 50,000 items from its collection. There are nearly one hundred galleries open to the public, representing 2 miles (3.2 km) of exhibition space. However, the lack of a large temporary exhibition space has led to the £100 million World Conservation and Exhibition Centre to provide one and to concentrate all the Museum’s conservation facilities into one Conservation Centre. This project was announced in July 2007, with the architects Rogers Stirk Harbour and Partners. It was granted planning permission in December 2009 and is expected for completion by 2013.

Enjoy the British Museum in just one minute!