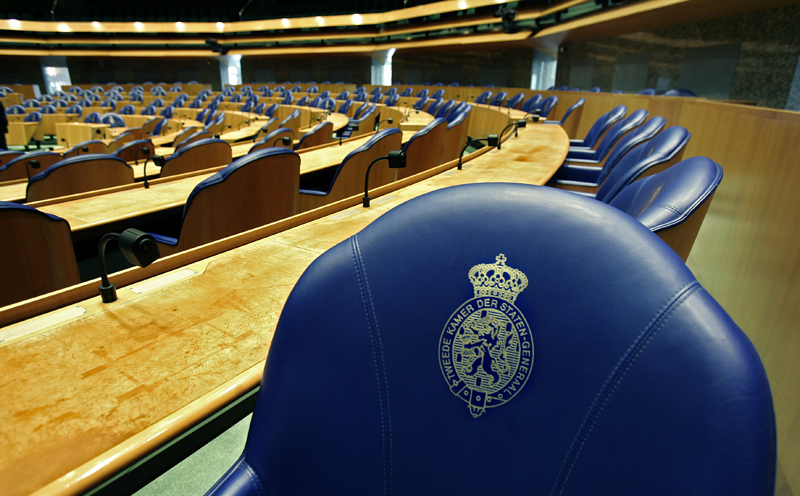 I am standing next to some members of the parliamentary press in a room adjacent to the Dutch House of Representatives. A few meters away, in the plenary hall, the following discussion takes place between two members of parliament…

MP 1: “I want to move this vote to Thursday”

MP 2: “I want to vote now to decide wether we should vote today or Thursday”

Yes, you read it correctly. The MP’s want to vote about the date they want to vote! Of course you’re wondering how this ends, but perhaps more importantly, what I’m doing inside the Dutch House of Representatives. I am part of a five member group, invited by a MP to get a backstage tour in this great building.

We had lunch in the official restaurant, saw the old and new House and walked down long marble corridors. We also visited offices and the meeting room of political party CDA and walked through the “famous door” (people interested in Dutch politics know which door I’m talking about — also see picture below). Finally we attended a session of the House of Representatives. Several ministers, including the Prime Minister, came to the House. I guess we were lucky. Few moments later, we went down one floor. Standing next to the entrance of the House of Representatives I am following the remainder of the debate on a nearby screen.

I assume you’d like to know how the debate on voting today or thursday ended?! The Speaker of the House called the leaders of all political parties together. Lip reader as I am, I saw she said “come on guys! Don’t be so childish!”. At the same moment, two people walk towards us. I realize it’s the minister of economic affairs and the MP who invited us over to visit the House. We had the change to speak with the MP, which we did. This resulted in me not knowing the outcome of this undoubtedly ‘very crucial’ and sometimes amusing debate. Nonetheless, it was a great day! 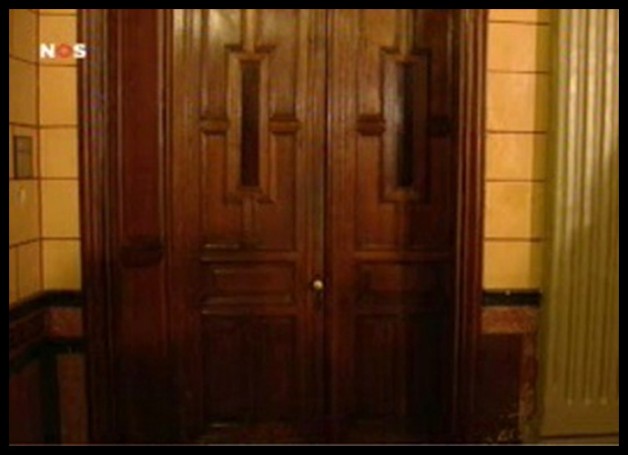 Note: Since it’s not allowed to take photos inside this building, I used a photo of rnw and a video still from the NOS. Thanks!