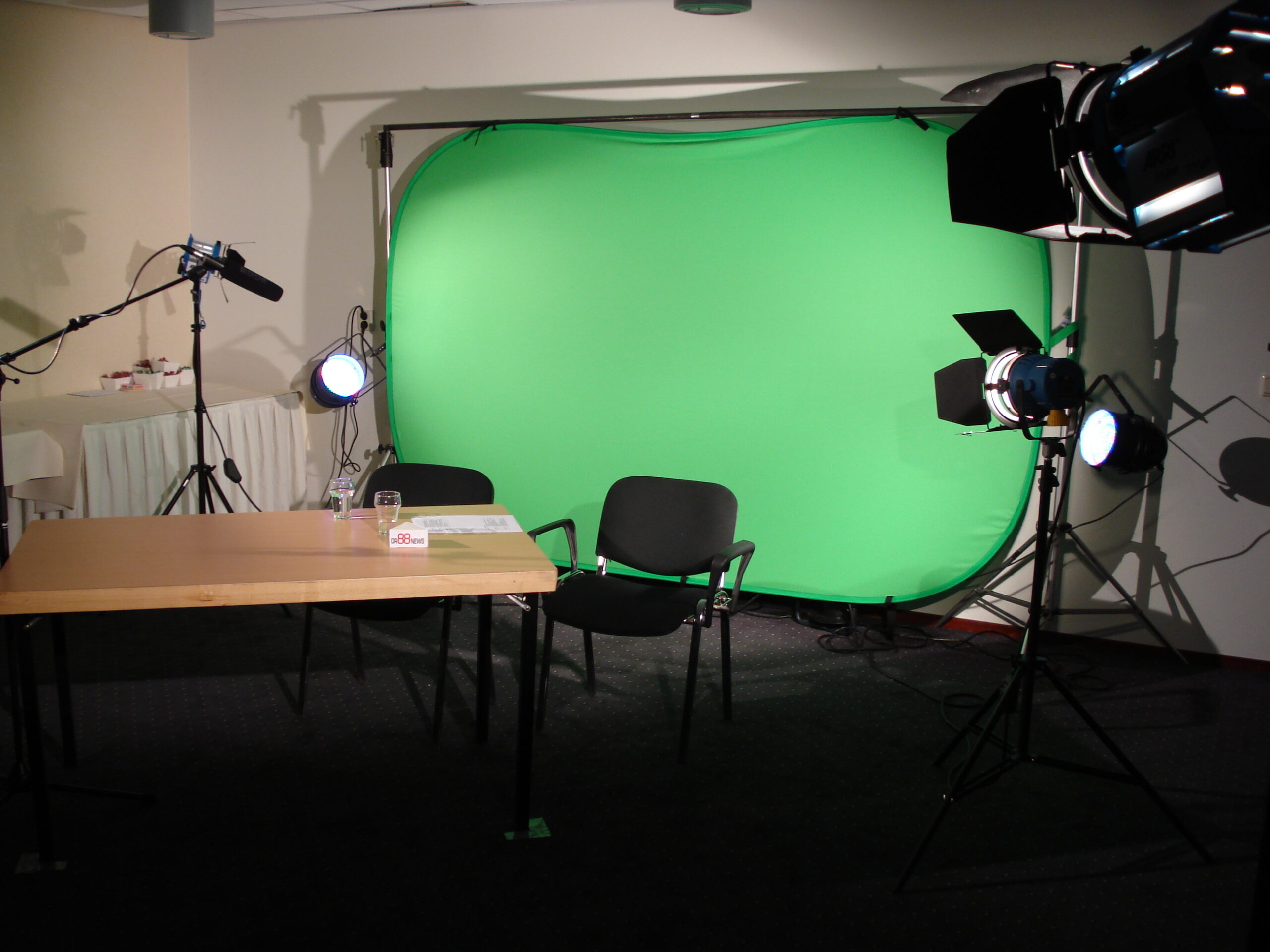 During the past four days I was part of a seven-member news crew of the (not really existing) Drachten News. We reported for and from the youth-event Square 2011 which had an attendance of over 600 people.

Who’s ‘we’?! We’re two camera operators, an editor, a reporter and two news anchors. I was camera operator and part of the ENG crew. We made a total of four news shows of about 6-7 minutes each.

During the next weeks I’ll probably write a little more on what I did, saw and experienced. For now, I just want to share some pictures of the News Studio. From this studio, the two anchors presented the news and it’s where the editing took place. 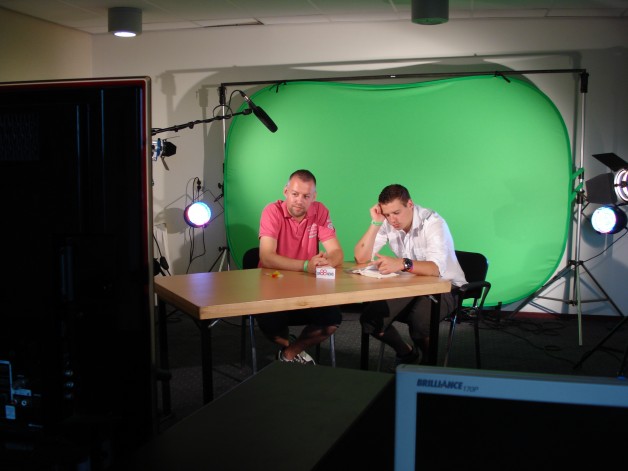 News anchors waiting (picture above and below) 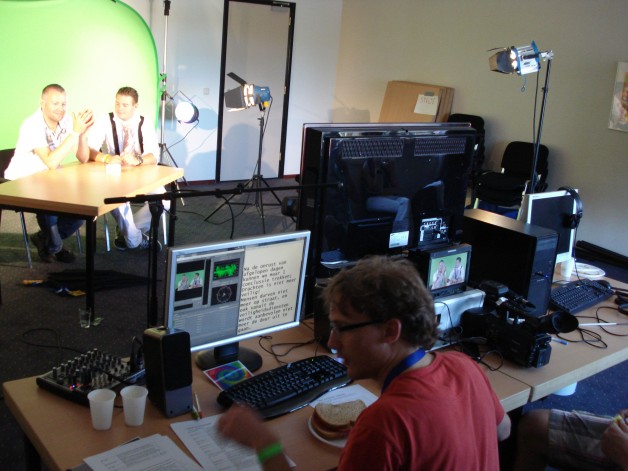